One of the UK’s most experienced professional photographers

Nigel Hicks is a hugely experienced professional photographer, who has been working in this field since the early 1990s. Initially, he was based in Hong Kong, from where he worked all over the Far East for a range of magazines, book publishers, agencies and commercial clients. Even after he moved his base to the UK, he continued working extensively in Asia, and to this day he still does regular projects in the Philippines, and occasionally China.

Now based near Exeter in Devon, southwest England, much of his work focusses on the southwest, shooting for regional clients. However, some projects see him working around the UK and/or overseas, both in Europe and the Far East.

His main field of work is within the tourism sector, shooting for holiday rental firms, visitor attractions and travel publishing.

Having trained originally as a biologist, the natural world remains one of his greatest passions, as a result of which much of his less commercial photography concentrates on landscape, wildlife and ecotourism.

He also runs photography tours, lasting 4-7 days both in the UK and overseas. He currently has three tours lined up; to Ireland, Iceland and the Isles of Scilly.

Working for books and magazines

Over the years Nigel has worked for a huge number of magazines, as both a photographer and writer. He has authored over 20 books (for which he supplied both text and photography), and has supplied or contributed to the photography of many many more.

Several of his books have been photography ‘manuals’, but most have been in the travel or nature genres.

Most of his books have been produced in association with a range of publishers, but in recent years he has set up his own publishing company, called Aquaterra Publishing, and has started to produce his own books, concentrating on the southwest of England.

Find out about Nigel’s photography and writing

Much of Nigel Hicks’s photography is represented by the National Geographic Image Collection. To see the photography he has with NatGeo click on the image below: 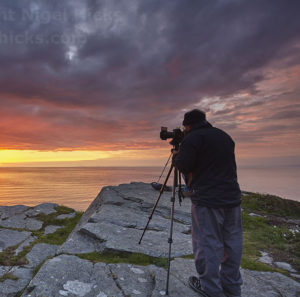 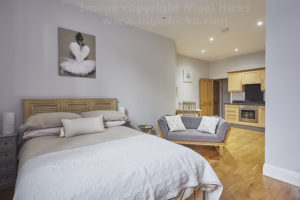