The art of deliberately blurring your subject in stills photography

My July online photography talk came at the end of the month, and this time covered blurred motion photography. This is, in other words, the art 0f deliberately blurring your subject to put over the sense of movement, energy and dynamism.

A recording of that talk is now available via You Tube, and you can watch it here. Just click on the image below and the talk will launch. I hope you enjoy it. If you have any queries or comments just get in touch.

The art of subject blurring

This talk, Blurred Motion Photography, covered a range of techniques and scenarios in which you would want to blur your subject to put over the sense of movement.

The technique is particularly associated with landscape photography, most especially in blurring the movement of water, whether that be the sea, with waves rolling into shore, or perhaps a fast-flowing river running over and round rocks.

Blurred motion photography is used not just in landscapes but also in wildlife, people and street life (particularly traffic after dark), where all kinds of activities can be blurred to give the sense of movement. So the beating wings of a bird, the movements of a working person and the colourful lines of traffic tail-lights are all great examples of commonly blurred moving subjects. Even a blurred background as the camera pans to keep up with a fast-moving object (such as a bird, a sportsman or traffic) is part of this technique.

The technique of blurred motion photography

In essence, it is a very simple thing to do. Just put the camera on a tripod and use a long exposure, thus ensuring that anything moving in the frame will be blurred.

Of course, this can only be achieved within the limits of how far the lens aperture can be stopped down. The narrower you have this (ie the higher the f-number) then the less light that is allowed through to the sensor, and hence the longer the shutter needs to be open to compensate. Of course, there is a limit to how narrow the aperture can be, and once you’ve reached that limit any attempt to make the exposure time longer will just allow in too much light and result in over-exposure.

So doing this in bright sunlight will often require you to add a neutral density filter to the front of the lens, thus cutting down the amount of light getting into the lens, and mimicking low-light conditions. This is particularly so for landscape photography. Things may still work well in bright sunlight, however, if you’re intending to blur the motion of something that is moving really quite fast, such as a fast-flying bird or free-flowing traffic.

Without filters, blurred motion photography still works well in dull, overcast conditions, at dusk, dawn and at night, any of which will yield great results.

Just how much blur you need will depend on the effect you’re trying to generate and how fast your subject is moving. For example, when photographing surf rolling onto a beach, or a mountain stream babbling around rocks, an exposure of several seconds will result in the subject completely blurring out. A wave will become quite invisible in itself, replaced by a very soft, often white, smooth silken effect that, though still depicting movement, is actually very calming and which will serve to isolate a static object (such as a rock) from the rest of the view, and removing any clutter.

Replace that very long exposure with a rather faster one, say one-tenth of a second, and the blur will become rather jagged, producing what I call a ‘shards of glass’ effect, with sprays of water clearly visible. The effect now is very restless and dynamic, very different from the smooth ‘white-out’ of the long exposure.

It’s a similar thing with photography of evening traffic. How long the exposure needs to be depends very much on the amount of traffic and how fast it’s going. However, an exposure of several seconds will be enough for the individual vehicles to become quite invisible, replaced by colourful, continuous red tail-light lines. It’s a highly effective way of illustrating the evening life of any urban district. Using a shorter exposure – say one-tenth of a second – in this scenario is less effective, as the vehicles become visible and the tail-light streams become broken up into dashes that don’t link up into a continuous stream.

This may sound a little odd, but it is sometimes possible to give the sense of blurred motion to a static object. It works particularly well with evening lights, and is achieved by moving the camera during an exposure lasting a few seconds.

This movement may consist of moving the whole camera (while on a tripod), or of turning the zoom ring on a zoom lens, something that produces quite a dramatic and very dynamic effect.

Blurred motion photography is a technique that has very variable and unpredictable results. The only true way to really hone one’s skills in this is to get stuck in and just play! Enjoy it, and experiment as much as you can.

Nigel Hicks is a highly experienced professional photographer and writer, based in Devon, southwest England, but frequently working around the world. He shoots for a range of clients and is a member of the National Geographic Image Collection. He has written over 20 books, covering travel, wildlife and photography subjects. View all posts by Nigel Hicks 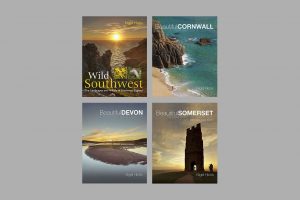 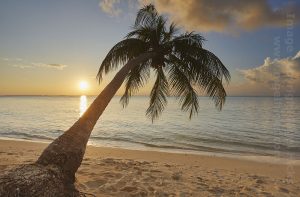